Hi all, we’ve been working with the Stretch RE1 for some mobile manipulation research. Although the Stretch was obviously designed to be untethered, we’ve done most of our work with at least the power cable and HDMI cable tethered.

However, we recently found a “wireless HDMI dongle” that works well with the Stretch robot. These are a $200 pair of boxes that wirelessly transmit video. All of these HDMI transmitters need external power from a USB cable, since the HDMI spec only provides a 5V at 55mA power output on the HDMI port itself.

The limiting factor is the amount of power that the transmitter on the robot draws. We’ve bought three different models, and found that two draw ~500mA, which is too much for the USB hub on the Stretch to handle. However, we recently found one that that draws ~200mA, and works well with the robot.

Here’s the link we found, but since Amazon links don’t last for very long, I’ve included the product image as well. 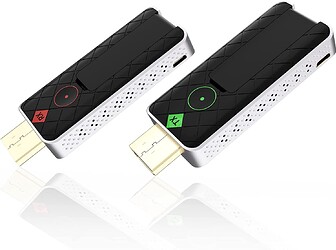 And here’s an image of our actual usage. We use a normal wireless keyboard and mouse as well. We haven’t tested range, but haven’t had any problems working in the same room or the next room over from the robot. 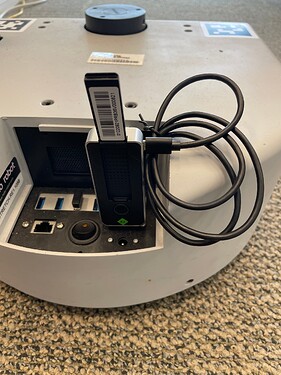 Hey, @pgrady3, thank you so much for sharing your valuable suggestion on wireless HDMI dongle to the forum, which must be helpful for many Stretch users running untethered.

Another wireless HDMI dongle we would also like to recommend is the J-Tech Digital Wireless HDMI which we have been using for a while. It has been very helpful without any complaints for working on stretch untethered and has worked well till 30ft radius. Its receiver also has an antenna with an RP-SMA type connector, which should be replaceable, and it’s transmitter is low profile enough, which wouldn’t block the stretch’s lidar sensor. 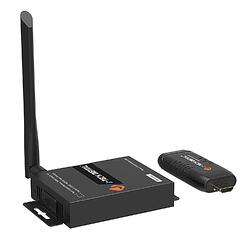 Image of the stretch base with J-Tech wireless receiver, which won’t block the Lidar and is less bulky. 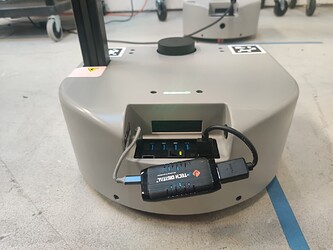